Sun, Sea and… Energy! Sustainable energy production is a huge challenge in our world. Obtaining energy from environmental resources can play an important role in this regard.

Blue Energy is developing a technology to produce ‘blue energy' by mixing fresh water and seawater. As part of its outreach and education activities, the project produced teaching materials presenting this new technology. Secondary school students (aged 16-18) can learn about the scientific principles behind the technology and about its practical applications.

Using the Blue Energy learning resources students look at the underlying principles of Blue Energy, various important factors that influence the energy production, the design of the plant, the effect of scaling, and the choice of the optimal geographic location.

The module has been developed with the clear objective that the students themselves find out what Blue Energy is and the technique of this process. The theory does not directly give all the facts and knowledge to the student.

After discussing the theory and answering the questions, students should be able to focus on one particular aspect of the project. In this phase students conduct an investigation and present their results to their peers.

The basic concept of Blue Energy technology is to generate an electric current by Reverse Electro Dialysis.

It is based on membranes: watertight plastic films that let salt through. By placing these membranes between the river water and the seawater, the mixing occurs via the salt transport through these membranes. Since dissolved salt is made up of positively charged sodium ions and negatively charged chloride ions, there are two types of membranes necessary: one that only allows the positive ions through, and one that only allows the negative ions to pass through.

By placing these membranes alternately between river water and seawater, a battery is created. Because the positive sodium ions move to the left and the negative chloride ions move to the right, there is a flow of charge; an electric current.

It is estimated that mixing fresh water and seawater can release the same amount of energy as a 200-meter high dam.

The Blue Energy teaching material aim to familiarise student with the concept and technology this project is developing. Students will explore the effect of Blue Energy, examine the application and discuss technical design.

The material consists of a theoretical part and a practical part / tutorial. It covers the following concepts:

•    Calculating a footprint and what this says about our use of the planet.
•    Climate issues and the possible solutions for the use of CO2. The hydrological cycle, the base of Blue Energy
•    Main Laws of Thermodynamics applied to Blue Energy
•    Power generation by means of variations in salinity gradients, Reverse Electro Dialysis (RED), Redox reactions
•    Electrical circuit, Electrical conductivity of metals, Resistance RED

The project also provides a school toolkit for setting up and conducting the scientific experiments related to the Blue energy technology.

Description:AI researchers and engineers should understand the dual nature of their work and learn more about the (social/theoretical) issues of AI abuse. AI should not deny people the right to data privacy, such as individual, family or community rights. Numerous...

Description:"Our bones are extremely important, not just for supporting our body and protecting our internal organs, but also as a reservoir of minerals and other substances involved in metabolism,” says Dr Pascale V. Guillot. This teaching resource explains the...

Description:How do phytoplankton in the ocean modify the ocean carbon cycle? This resource introduces the work of Professor Katsumi Matsumoto, an ocean biogeochemist at the University of Minnesota. He is using numerical modelling to investigate the ratio of carbon to...

Solving a biomechanical mystery: how jellyfish swim and feed

Description:Among all of the creatures in our oceans, few are more ancient or mysterious than jellyfish and ctenophores. Though they first appeared over 500 million years ago, there is – of course – still so much to learn about them. This resource...

Handbook “A Wave of European Blue Schools” for teachers

Description:We live on a blue planet. Our planet has one ocean, without which life as we know it would simply not exist. Despite sharing a vast coastline and maritime history, many European citizens are not aware of the importance of the ocean and the...

Description:Education is a critical agent in addressing the issue of climate change and sustainable management of our oceans and seas. It can encourage people to change their attitudes and behaviour while it helps them to make informed decisions. In the...

Description:Citizens and experts have identified better awareness of the opportunities, benefits and limitations of nature-based solutions as one of the main factors that could facilitate the transition to more sustainable cities and territories. Nature-Based... 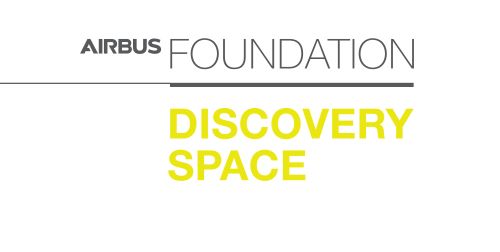 Description:The “Aerospace in Class” Project investigated the requirements and benefits of integrating STEM resources from the Airbus Foundation Discovery Space in classes for students aged 8 to 12. The project was funded by the Airbus Foundation, which is committed to...

Ocean Literacy for All - Curriculum analysis

Description:Although the ocean covers the vast majority of our planet, most of us live on land and have a low awareness of the importance of oceans in our lives. Europe’s territory exhibits large peninsulas and indented coastlines stretching from the Arctic to the...

Using AI and computer science as a force for social good

Description:Artificial Intelligence has huge potential, and Professor Zhigang Zhu, a computer scientist from the City College of New York, is passionate about using this potential for social good. This resource introduces the SAT-Hub project, which has seen Professor...