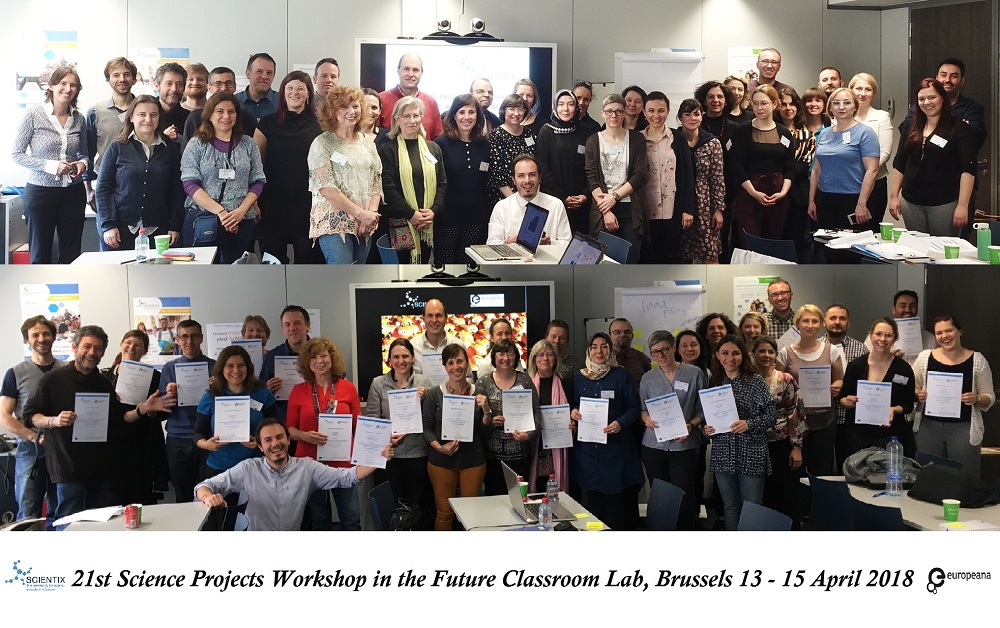 The 21st Science Projects Workshop in the Future Classroom Lab, organised by the Scientix and the Europeana DSI-3 projects, took place in Brussels in April 2018, from Friday 13 (starting time: 19:30) to Sunday 15 (end ~13:30h).

In total 37 participants, including 29 teachers from 13 countries joined the event.

After a common programme including an excellent intervention from Fatima Pinto and Elsa Sanchez, from the ESA Education Office, participants were split depending on the project they are working on:

The 17 Europeana DSI-3 teachers members of the developers group, worked on the MOOC on Europeana in your classroom: building 21st-century competences with digital cultural heritage which will open on the 30th of April.

The Scientix  participants (12 Scientix ambassadors that have been helping Scientix and STEM education in numerous occassions during the last few months) learned about how to integrate new technologies and rethink education from the sugegstions in European Schoolnet's Future Classroom Lab, carried out hands-on workshops on Astro Pi and ESA's Spacecraft Materials kit, learned about The Nature of Science and Scientific Inquiry, and more.

Note: this page will be constantly updated until all presentations are collected and published